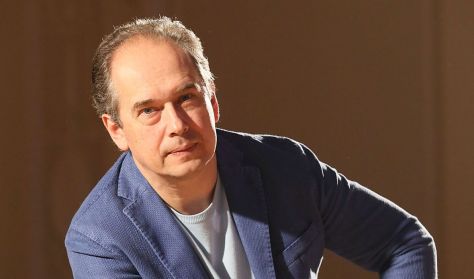 This concert offers a taste of two eras in the history of Russian music. In the first part, two works from Prokofiev will represent the modern trends of the first half of the 20th century. In the second, Rimsky-Korsakov’s large-scale symphonic suite bids farewell to the late-Romantic period. The descriptive spirit is significant and clearly evident in both the opening piece, Prokofiev’s Lieutenant Kijé Suite, and Rimsky-Korsakov’s Scheherazade. The concert’s soloist is a Japanese-German violin virtuoso, while the conductor is the artistic director of the Ural Philharmonic Orchestra.

Similarly to the Alexander Nevsky cantata – which features in the November show of the Hungarian National Philharmonic Orchestra – Lieutenant Kijé was developed from a film score by Prokofiev to ensure that the music should also take root in the concert repertoire. He received the commission for the soundtrack not long after moving back to the Soviet Union, making it one of his very first works after his return to his homeland. He wrote Violin Concerto No. 2 on the concert circuit, and explained the diversity of styles in the movements as follows: “The main theme of the first  ovement was written in Paris, the first theme of the second movement at Voronezh, the orchestration was finished in Baku and the premiere was given in Madrid.” We could add that the rondo theme – which even employs castanets in the finale – gives it a Spanish feel, yet you can also detect the influence of Russian folk music in the work as a whole. Rimsky-Korsakov’s Scheherazade (1886) is a large-scale work with expansive gestures and above all an amazingly rich orchestration, packed full with illustrative elements. The concert’s soloist, Arabella Steinbacher, plays a Stradivari lent to her by the Nippon Music Foundation. The much-celebrated Dmitry Liss, on the other hand, has played with most of the prestigious Russian musicians and is one of the most authentic interpreters of the national repertoire of his homeland.

JAMES BLUNT THE STARS BENEATH MY FEET TOUR