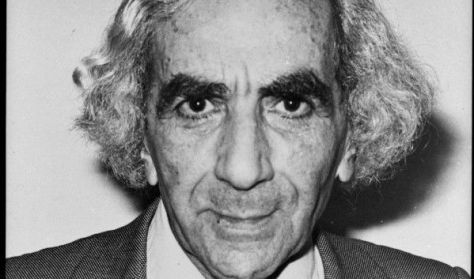 György Faludy / POEM-EVENINGS IN THE MÜPA

György Faludy had one of, if not the most adventurous lives of any 20th century Hungarian poet.

György Faludy / POEM-EVENINGS IN THE MÜPA

György Faludy his life spanned almost the entirety of the 1900s and ended in the middle of the first decade of the 21st century. In his 96 years (1910-2006), as both a poet and a writer he created his own special movie out of that colourful and incredibly frenetic century, laced through with wars, revolutions, communism and finally the promise of a 'new world'.

Faludy had not even turned 30 when in 1938 - already a well known poet - he left Hungary in fear of a (potential) German victory, due to his Jewish origins and political views. (Were his fears unfounded? Well, his sister, who stayed behind, was shot and thrown into the Danube, while Faludy's hugely successful work François Villon balladái - The Ballads of François Villon - was burned on bonfires of books by the Arrow Cross.) He first made his way to France, but soon had to flee again because of the German occupation of the country. He sailed to Morocco in perilous circumstances, then moved - via a brief and "heavenly" One Thousand and One Nights-style interlude in the desert - to the United States, where he worked as the secretary of the Free Hungarian Movement and later as a journal editor. He served in the American armed forces between 1942 and 1945 and returned home in 1946. While he was able to publish his volume of poetry Őszi harmat után (After Autumn Dew) in 1947, his activities were frowned upon by the Communist authorities. A few years later he was arrested on false charges, held in the town of Kistarcsa and then interned in the Recsk forced labour camp. He spent years in the prisons of the Hungarian secret police. After his release, he then emigrated in 1956. He initially settled in London, then Florence, before living in Malta and Toronto, finally returning home to Budapest in 1988 for the final 20 years of his life.
The remarkable Transylvanian poet Vince Fekete's sensitive selection will use Faludy's most important works to present every stage of his literary career.

As in the company's previous works, the power of IMA is rooted in the modern-day longing for a miracle.

Warning! The basket time limit is about to expire!